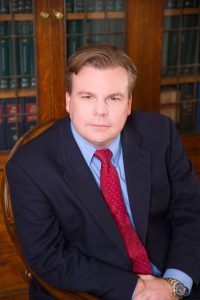 Brian E. Eyerman, LL.M., Esq., one of the firm’s partners, a native of New Jersey has enjoyed the vast array of experiences in taking his education in different areas of the Untied Sates and abroad. He received his undergraduate degree from The University of Central Florida in Orlando, Florida then attended and graduated from Rutgers University-Camden School of Law in the greater Philadelphia area. He was accepted into the United Kingdom’s prestigious University of Southampton’s Institute of Maritime Law program to study and earn his Master of Laws (LL.M.) degree in the areas on maritime and international trade. Upon returning to the United States, he joined Dario, Albert, Suarez, & Eyerman, LLC first as an associate and was named partner in 2008.

Mr. Eyerman specializes in Municipal Government Law, Workers Compensation matters, Personal Injury and Criminal Law. He has appeared before every trial level Court in the State of New Jersey and was named a New Jersey Super Lawyer Rising Star in 2012 & 2013 and has been recognized by 201 Magazine for his litigation work.

We can help you in any legal aspect

THROUGH EXPERIENCE, DEDICATION & THE WILL TO WIN