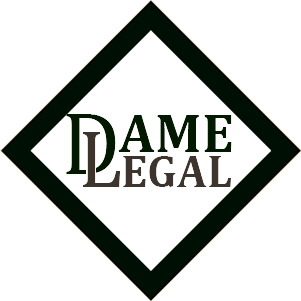 Shelley Albert received her BA cum laude and law degree from Temple University in Philadelphia. After graduating in 1990, she immediately worked as an Assistant District Attorney in the Manhattan District Attorney’s Office in New York City.   During her tenure as an Assistant District Attorney to Robert Morgenthau, Shelley investigated and prosecuted hundreds of serious felony cases and tried cases before juries to verdict. She handled every aspect of criminal justice practice, from victim witness interviews, case investigation, Grand Jury investigations and presentations, authorizing decisions about just resolutions, and trials in the Manhattan Supreme Court.    Her caseload was extremely varied, including narcotics, fraud, robbery, sex crimes, and homicides

Since 1995, Shelley has focused her practice in Criminal Defense and all aspects of Family Law litigation including Domestic Violence, International disputes, Hague jurisdictional matters, International Parental Kidnapping and Abductions, (IPK) and she has successfully defended her clients in Title IX matters.  Shelley is an extremely experienced litigator, having tried over 100 jury trials during the course of her career.  Shelley has a concentration on International Parental Abduction and Hague matters in both the Federal and State systems, and she has assisted parents in the return of their abducted children.   Shelley has also provided expert testimony concerning our Family Court system in foreign jurisdictions and is called upon to teach Continuing Legal Education courses for other attorney in her practice areas.

Currently, in addition to her practice, Shelley volunteers her time for Legal Services of New Jersey, and she has acted as a mentor for young attorneys.

Shelley has been recognized with several awards including the National Trial Lawyers Top 100 Women Trial Layers and Top Attorneys of North America for 2020, 2000 Women of 2000, Top 20 Attorneys in Bergen County, New Jersey, ‘Ten Best’ of Family Law attorneys in 2015 and 2016, 2017, Top Attorneys of North America 2018, and in 2019 awarded the VIP distinction, Super Lawyers and the Boy Scouts of America Professional Good Scout Award.

Shelley is also a Mensa Member.

We can help you in any legal aspect

THROUGH EXPERIENCE, DEDICATION & THE WILL TO WIN